Last spring, I had the opportunity of a lifetime: a guided tour through China.  While I speak both Cantonese and Mandarin Chinese, hold a bachelor’s degree in Asian Studies and Chinese and have lived for more than a year in both Hong Kong and Taiwan, I had never been to Mainland China other than one week back in 1989.

This opportunity was even richer because of the insight I have gained over the past decades (I was pretty much a clueless college student back in 1989) into energy and environmental issues through my work with the National Energy Foundation.  And when  talking energy and the environment, what better context than China?

So I paid special attention while I was there (while also trying to maximize the pure enjoyment of seeing amazingly beautiful things I had only read about in the previous 30 years or so) to things that related to energy and the environment.

Fortunately, one stop on the tour was the Three Gorges Dam along the Yangtze River. Wow. This dam competes with the Itaipu Dam in Brazil as the largest producer of hydroelectric power in the world and has by far the largest instantaneous generating capacity, at 22,500 MW.  While the very informative tour was a highlight of my China trip, I have to confess that going through the massive locks of the dam, seen aboard a river cruise ship, enjoying an upper deck dance party with the Chinese crew and celebrating my 25th wedding anniversary with my wife were highlights that will stick with me the longest.

A few other observations and experiences from my trip: I got to meet with some great folks at CLP (China Light & Power) in Hong Kong. I was impressed by their community outreach efforts regarding the Daya Bay Nuclear Power Plant in Shenzhen, just across the border from Hong Kong. I was genuinely shocked to see how many Chinese now own a car or truck (more than 240 million according the US Government). You can imagine the impact that it is having on energy usage and the environment. I have heard horror stories about how badly polluted Beijing’s air is (and I don’t doubt they are true), but we had beautiful, clear blue skies during the three days we were there.

Well, that’s my China energy experience in a very small nutshell. I would love a follow-up trip sometime where I could visit solar panel factories, tour CLP’s Nuclear Resource Center, see a Chinese coal mine, maybe even get a glimpse of TerraPower’s new “traveling wave reactor” that could be a part of the “energy miracle” Bill Gates is pursuing.  Maybe for my 30th Anniversary?  One can hope! 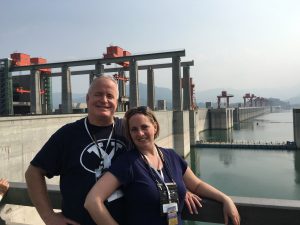 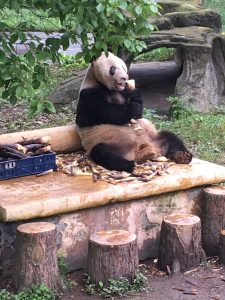 For more than 22 years, I’ve been a student of electric, gas and water utilities; of nuclear power production; of oil and gas exploration, production, and distribution; and of the great promise, and sometimes frustrating, realities of both renewable energy and energy efficiency. 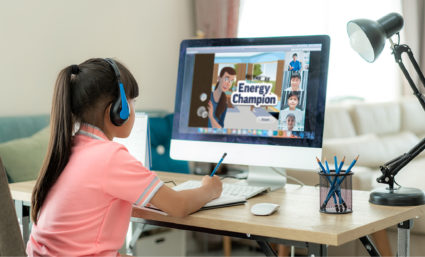 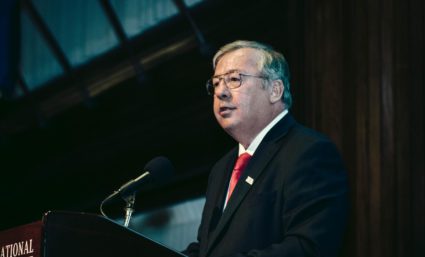 Electric Safety in the Classroom