Electricity generation transforms the regional fuel mix (or energy resources) into an electric charge or current.

Michael Faraday, a British scientist from the 1830’s who discovered the fundamental principles of electricity generation, would be astonished at how electricity has become central to our modern life.

Electricity generation is as simple as turning on the light and, then, as complex as the dynamic grid that carries it to our homes, schools and businesses. Electricity is a key part of modern day living. However, do most individuals understand how this electricity is sourced? The answer is no.

Survey Question: Which three resources provided 86% of the electricity generated in the U.S. in 2015? 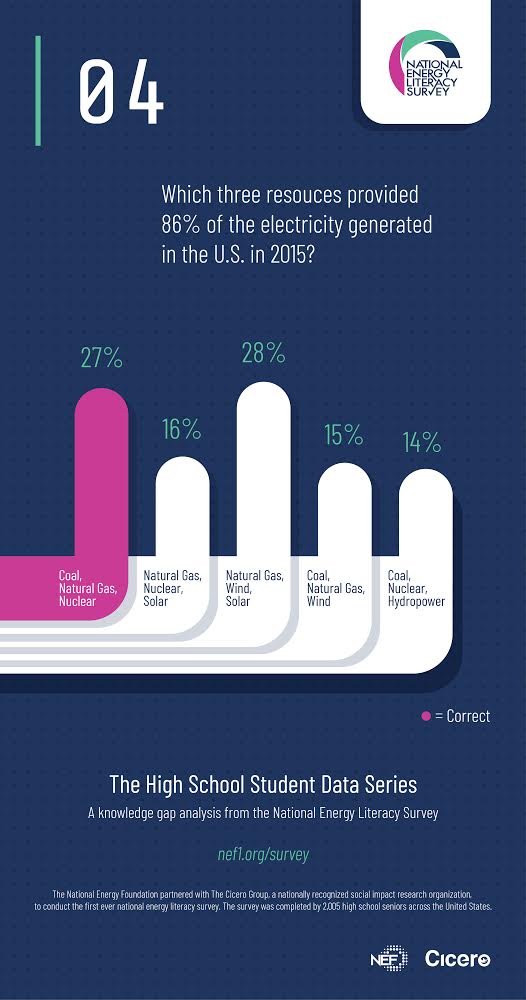 A little less than a third of the students surveyed knew the correct answer to this electricity fuel mix question. The students’ understanding of energy resources utilized for electricity generation is at the core of this gap in knowledge. In other words, this concept is key in a student’s understanding about energy and becomes foundational in learning more about energy applications, environmental and economic impacts, and the future of energy.

At the same time, the electricity fuel mix by state is not constant across the country and varies by region depending on available resources. In recent years natural gas has surpassed coal in electricity production. Likewise, use of renewable sources is growing in certain regions as technologies improve. And, despite low natural gas prices and no new reactors, our reliance on nuclear power has grown and maintained.

Electricity generation is dynamic. As a result, the fuel mix used for electricity changes with availability of energy resources, the cost of energy development and the demand in energy production. Michael Faraday would be surprised by the electricity technology of today and the fuel mix that powers it. 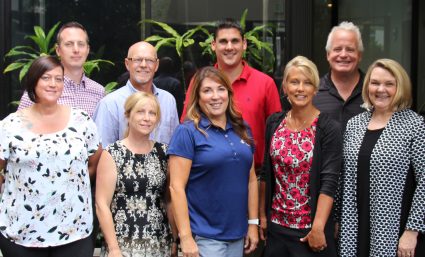 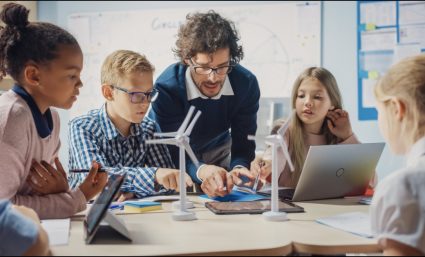