The impact of petroleum imports on the security and energy independence of the United States is important to understanding why the level of those imports has been on the decline. Major technological advances in domestic oil and gas production have created an “energy renaissance” in the U.S. For this reason a major increase in domestic production resulting in lower petroleum imports to the U.S. has occurred.

Survey Question: In the past ten years, petroleum imports into the U.S. have: 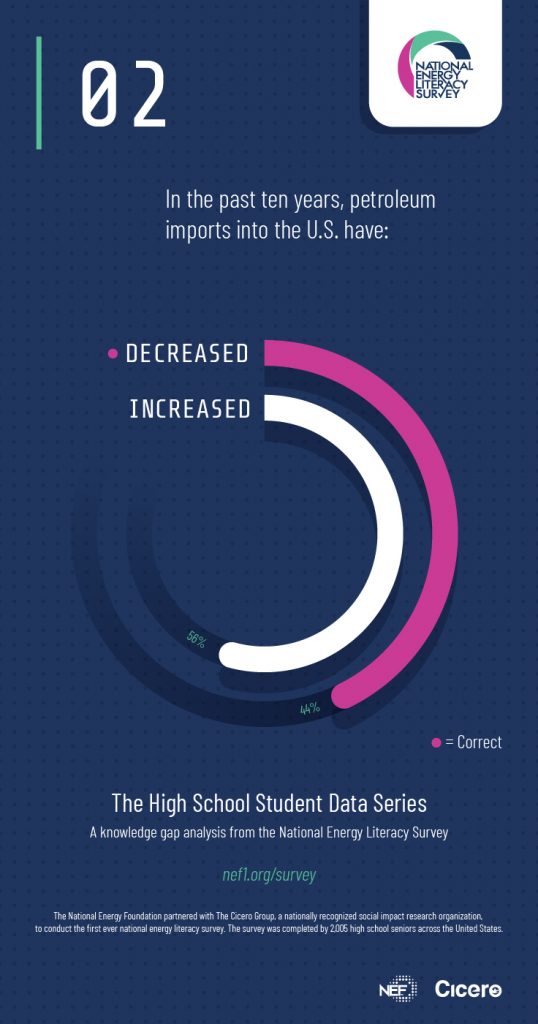 Only 44% of respondents picked the correct response “decreased” (and they had a 50% chance of getting it correct just by guessing!). Even though this is one of the most fascinating and impactful developments in the U.S. energy picture over the past couple of decades, it is largely misunderstood by high school students.

Did demographics make any knowledge difference amongst these new voters? Let’s take a look at the percentage of students, by professed political affiliation, that selected the correct answer:

Across the survey questions demographics were generally equal (one socioeconomic class, gender or race did not score significantly higher on any one topic). Specifically interesting to petroleum imports, political attitude or affiliation did not affect the understanding of the geopolitical implications of this energy resource.

Understanding the current energy landscape (how domestic petroleum production impacts not only our environment but our economy) is important to having a balanced energy literacy. This literacy is what will help students make informed decisions in voting and energy consumption. Students not only need information about energy, but the ability to see how resources like petroleum impact our economy, our national security, and the way in which we live.

So, how have petroleum imports to the US changed over the last 10 years?

According to the U.S. Energy Information Administration (EIA), in 2017, the United States imported approximately 10.1 million barrels per day of petroleum from about 84 countries, a significant 15% decrease since 2010. Petroleum imports started to decline in response to domestic output and production, as well as a decrease in U.S. consumption.

The United States has increased production of crude oil and hydrocarbon gas. As a result we’re not only less dependent on petroleum imports, but also rank #1 in world oil production. The increase in domestic production is due in large part to the expansion of fracking, or hydraulic fracturing.

While domestic production has increased, US petroleum consumption has decreased. This is due to improvements in vehicle fuel and changes in consumer behavior with energy efficiency and conservation efforts. However, despite the improvements in efficiencies and behavior we still rank first in the world for consumption.

The increase in domestic production and lower petroleum consumption has greatly improved our country’s energy security and level of energy independence. Which has had enormous positive economic and geopolitical implications. For many years, the goal of U.S. energy independence was a rallying cry in many quarters.  Well, now that goal has largely been met! 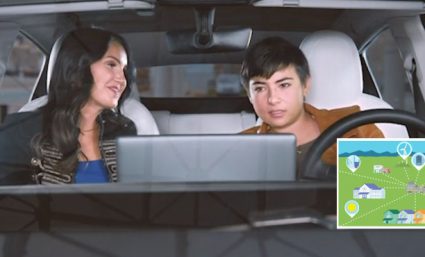 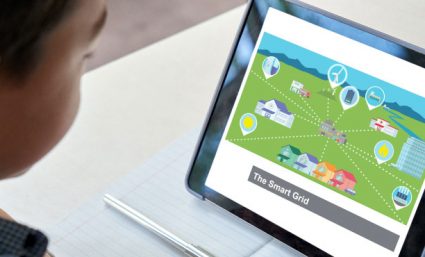